Note: You can sign an online petition to add your voice to the opposition to this State policy!

The year (2018) marks my twentieth year of service on the State created Patuxent River Commission (PRC). It is in fact the only such Commission created by the General Assembly in order to help silence lawsuits from Southern Maryland demanding that the State clean-up the Pauxent River.  Many years before I was a Riverkeeper I was already sitting on the PRC representing farming interests.  Over those years the personality of the PRC has changed greatly, depending on who was chairing it at the time. Under Mary Lorsung (1990’s) we moved those meetings all over the watershed so the public could come and see what their State Commission was doing. Under Marc Lieber (2000) we fought hard to make structural changes to the Commission that would help us succeed in our mission to protect the Patuxent River. We also traveled around in those days to the various County governing bodies in the watershed to make sure they knew we were watching them.  And so on.

Now we have been given a legal opinion* from the Secretary of the State Planning agency that by statute is charged with staffing and assisting the Commission that says we cannot comment on a really ridiculously bad townhouse development project being planned next to the river*. This proposed project (1) sits next to (and upslope of) a highly erodible stretch of the river (2) on a site recently and very contentiously rezoned (3) in the middle of a prime historic district, (4) in a State DNR “targeted ecological preservation zone and (5) it requires a “swap” with the County of some public parkland (originally purchase with Program Open Space funds) in order to complete the project—if the County will approve this whole mess.  Incidentally, the project is in Howard County, the same County where the headwaters of the Patuxent are located and where unwise land use decision recently contributed to enormous flooding, property damage and loss of life due to stormwater problems. You would think that sending comments during the public comment phase of the County review process would be the very least we at the Commission could do. But guess what? The State doesn’t even want us to do that! Surely this speaks volumes about how dodgy and tenuous this proposed development project is? They don’t want anybody at the Commission to even breathe on this project and even chastised a few of us who testified against it as private citizens.  Who would bark so hard about a mere letter written by unique but still obscure State Commission that most Marylanders have never even heard of?  Surely there is some invested interest being stirred up by all of this State passion to make sure we say nothing officially about this unlikely project? So much so that they would promote an equally unlikely legal opinion nearly 40 years after PRC’s formation, that not only can we not comment on such matters going forward, but by implication we never could at any time in PRC’s history?

Now to make matters more interesting, some of the private citizens serving on the Commission gave a copy of the State’s legal opinion to three of the lawyers at EarthJustice in Washington,DC and they came back with a pretty lucid and very well researched written legal memoranda* that says exactly the opposite of what the State memo says about our powers as a Commission.  In fact, among the Commissioners I have talked with, most have been seeing double just trying to make sense out of the State Agency’s legal opinion which is quite frankly …confusing when read next to the actual law it claims to be quoting*. In fact when Maryland Department of Planning brought their lawyer to one our meetings to discuss all of this, she said almost nothing when asked specifically about this memo she wrote*. It was weird.  Later a State staffer told us during a conference call that we could always sue the State if we didn’t like their policies. Meanwhile, I would be remiss if I failed to mention that the Commissioner from Howard County told us to:” go ahead and comment”.

Then I called Senator Bernie Fowler (a Founder, former Chairman and spiritual conscience of the Commission) and sent him the documents we had been given by the State. I also met with and interviewed on tape various people who were part of the founding of the Patuxent River Commission. Nobody I talked to got what the State folks were talking about. We can’t comment? Isn’t that the only thing we could do having no budget or staff or our own?   Then, after the Commission actually voted to send a letter to Howard County, the State staff repeatedly refused to circulate the draft so that the entirety of the Commissioners could help us finalize it as agreed. Again, it was weird.

According to EarthJustice, It plainly states within the State law that formed the Patuxent River Commission that we have not only the right, but the lawful obligation as sworn Commissioners, appointed by the Governor, to review and comment on local plans, reports and virtually anything else we see on matters not just in Howard County but anywhere in the watershed. Actually the law states no limitations at all on our duty to comment save one.  Namely, it has to be on matters in the Patuxent Watershed! It’s not that complicated and when you read these documents for yourself on our web site you will quickly see…you don’t really have to be a lawyer to grasp what has been written into the law on these points. 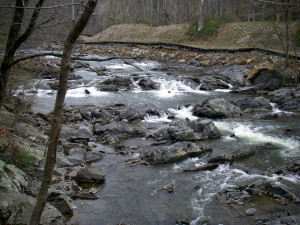 Now, I ask you. What are we supposed to do?  All those smart, talented, scientists, policymakers, watermen, County planners, stormwater experts, farmers etc, sitting in those basement meetings for years–like Governor appointed doorposts– while people come and brief us only about issues affecting the Patuxent where we are free to form opinions and debate, as long as we talk about it among ourselves?

Now a couple years back, the State helped us reformulate our work plan to concentrate more on creating “Excitement and Tourism” on the river.  My head nearly blew off my shoulders—over this trivialization of the Commission’s true powers on a river with a D- water quality score! I had had pretty much decided to leave the PRC by then, but people (mostly private citizens) talked me out of it, and I hung on. It’s really the unaffiliated, private citizens on the Commission who are free to say what is real. Some of the governmentally employed or vested interest obvious are horrified by a Commission that can actually speak up about the problems in the watershed. Even if it is as fundamental as just “commenting”.  It needs to be said, that commenting is not necessarily activism at all–sometimes it is merely free speech where local governments and others are free to take it under advisement or ignore it.  One State staffer in this controversy actually used the words “setting a dangerous precedent “ when referring to precisely those same rights.  But key here is that this particular type of comment/speech is also written into State law as statute as well in both the US and the Maryland Constitutions.

For some years, the PRC has been disinclined to do much work that actually touches watershed controversies or for that matter in sync with the harsh realities of a river in trouble. But, I can generally meet and connect there with people who have useful information and who are influential in water quality matters in the Patuxent. That the Commission can occasionally stand shoulder to shoulder with activists who actually want to change things and advocate for protecting the river, is something I still hold out hope for.  As I said, the personality of the Commission changes from time to time.  People fought really hard 40 years ago to get the only State Commission in existence devoted to a single Maryland River. No small thing. They filed lawsuits, they passed laws, and they even created the Maryland Chesapeake Bay program as a side benefit of the process. I think it is likely the founders of this river Commission would disown it today due to what it has become.

Aside from the insult and frustration of fighting to redeem a State Commission that has so much unrealized potential (and good law on its side), is my own realization that the State would probably be pretty keen if we decided to comment on tourism and economic development. Then they might even ask their lawyer if it were okay for us to have a press conference where we could publicly comment on those things….

Note: You can sign an online petition to add your voice to the opposition to this State policy!

Here are some documents to review so you can see for yourself!

A timeline of how this controversy started/ PRC Timeline

The legend of Robin Hood is about a fabled band of brave outlaws in medieval England who took money from the rich under a repressive monarchy and redistributed it to the poor. Sounds like a good thing right? Take something from somebody who has too much and give it instead to somebody who has not enough. What could be wrong with that? Fast forward into reality on the Chesapeake Bay, the 21st century and the lopsided world of “net environmental impacts” where we can take a perfectly good and functioning wetlands site, turn it into a parking lot and then make up for it by restoring a wetlands half way across the state. … END_OF_DOCUMENT_TOKEN_TO_BE_REPLACED