We are blessed in this country with an abundant, healthy, and cheap food supply which few civilizations in history have attained. The Green Revolution ushered in huge increases in yield per acre as massive amounts of fertilizers, especially nitrogen, were applied as well as increases in pesticides. We produce so much food and fiber, that over-consumption presents problems including obesity and Type II diabetes and the USDA projects U.S. food exports to reach $151 billion in 2021.

America’s acumen in intensifying agriculture has come with enormous environmental costs. For example, farming is responsible for 59% of the Chesapeake Bay’s nitrogen, 45% of phosphorus, and 48% of sediment from controllable sources. These are the pollutants destroying bay water quality and the critters that live in it. These farm pollutants are by far the most cost-effective per pound to reduce but we are failing badly to meet mandated reductions. 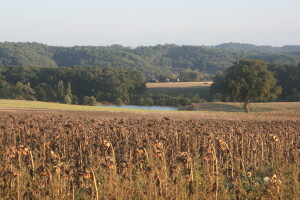 Let’s discard some agricultural myths so that we can properly staunch the flow of farm pollutants.

FACT: All regulated industries make such doubtful claims about job losses and being put out of business. The threat to farms is negated because billions of dollars in federal and state monies are available to farmers for Best Management Practices (BMPs), nutrient management, and easements. In 2020, government payments to farmers were nearly 40% of their total farm income. Despite COVID 19, farmers had higher profits in 2020 than in 2019 and their best net income in 7 years.

In an authoritative study, there was an increase of 676,000 acres of Chesapeake forest converted from farmlands over a 15-year period, a very positive development for water quality even though forest cover declined overall from development.

The best land use conversion we can make to save the bay is to convert nitrogen intensive corn and soybean fields, especially around chicken houses, back to the forest and wetlands they once were. This would result in massive reductions in bay-choking nutrients and sediment. There is simply no logical reason to keep a major pollution source in business, especially with government subsidies. Like all industries, agriculture must stop polluting surface and groundwaters.

2. SECOND MYTH. The conversion of farmland to housing or commercial development results in more pollutants flowing to the bay.

FACT: Farmland, especially cropland such as corn and soybeans, produces much more nutrients and sediment per acre on average than developed land, especially where the development employs good stormwater management. For farms producing and using animal manure, the nutrient loadings would be even greater.

U.S. Geological Survey (USGS) scientists recently documented that Eastern Shore lands dominated by farms and chicken houses contributed more nitrogen and phosphorus per acre than any other lands including along the Susquehanna River and from heavily developed areas. Preserving farmland without much stricter regulation of fertilizer and animal manure is bad public policy. We should be supporting solar generation on farms rather than prohibiting it as Anne Arundel County has done.

3. THIRD MYTH. There is widespread adoption of sound nutrient management and BMPs to reduce nutrient and sediment flows on the vast majority of farmland in Maryland and the other bay states.

Enforcement of existing regulations remains weak, including in Maryland, and there is minimal field tracking of the effectiveness of farm BMPs paid for by federal and state funds. USGS scientists recently reported no overall nitrogen or phosphorus reductions from agricultural lands during a 20-year study period concluding “agriculture provides the largest source of nutrients to the bay watershed….Annual nitrogen applications to cropland increased by 24%….production of poultry, which produces more nutrient‐rich manure [than livestock], increased by 50%. In the Choptank River [dominated by agriculture and chicken farms], flow‐normalized nitrogen and phosphorus fluxes have been increasing for several decades.”

4. FOURTH MYTH. It’s the corporate or large factory farms that cause problems for the Chesapeake Bay and not the small farmer.

5.FIFTH MYTH. If the environmental community simply cooperates with the agricultural community to greatly increase money for farmers to adopt BMPs and drops efforts for stricter regulations and enforcement, we will achieve the necessary reductions in nutrients and sediment flows to restore the bay.

FACT: No environmental program in North America has been successful in gaining substantial pollution reductions without mandatory laws/regulations and their proper enforcement. My 1982 legislation establishing the Maryland Agricultural Cost Share Program has resulted in more than $175 million for BMP grants. Many other state and federal programs have doled out more than $3 billion to bay watershed farmers to abate pollutants. The carrots (money) are one step, but the sticks (regulations) are essential or the bay recovery is doomed.

The Chesapeake Bay Foundation has decided to follow this myth and has gained $21 million for its coffers in federal grants to fund agricultural projects while lobbying for hundreds of millions more in direct farm grants. This strategy has failed miserably to achieve the necessary nitrogen reductions. The American Farm Bureau sued to block the entire EPA Bay recovery plan and even helped kill a key bay bill in Congress. But CBF still persists in their foolhardy approach to reining in farm pollutants.

As CBF notes, farm BMPs are typically 40 to 50 times less costly per pound of nitrogen reduced than stormwater retrofits from developed land. They also note that Maryland, Pennsylvania, and Virginia—the states that account for 90% of the watershed’s pollution—are relying on farms to make 52%, 93% , and 77% respectively of their remaining nitrogen reductions to meet federal requirements by 2025. This is simply not possible without much tougher regulations and enforcement.

The choice is simple: crack down on agricultural pollutants with stricter regulation and enforcement or accept a seriously degraded Chesapeake Bay.

One Response to Gerald Winegrad: Myths about agriculture, the biggest and least regulated Chesapeake Bay polluter