The destruction of the Chesapeake Bay ecosystem began more than 400 years ago with the clearing of forests and later, the filling and draining of wetlands.

About 66% of our tidal and freshwater wetlands were destroyed, including thousands of acres drained with federal and state funds to create farmland. 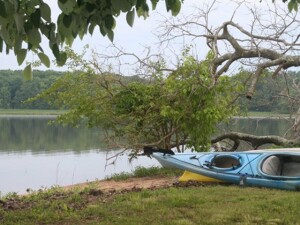 The Eastern Shore is covered with networks of public ditches — 821 miles of ditches in just five Maryland counties. Fortunately, laws were enacted to stop wetland destruction.

In 1970, tidal wetlands were given strict protection. In 1989, I managed The Nontidal Wetlands Act to passage in the state Senate stopping the loss of 1,600 freshwater wetland acres annually. Both were no net loss laws.

Since colonization, 56% of our forests are gone. These woodlands were destroyed for agriculture and later for development. Unfortunately, this forest loss continues. Until 1989, no laws protected forests except in the Critical Area, a 1,000-foot belt inland from tidal wetlands.

In 1989, I developed and gained enactment of the Maryland Reforestation Law that requires forest clearing minimization in state-funded highway construction and 100% forest replacement.

More than 2,500 acres of forest have been replanted to cover the 2,250 acres cleared. In preparing this article, I found a similar one I wrote in The Capital that year: “We Must Save our Forests to Save Our Bay.”

In 1990 I convinced Senate Minority Leader Jack Cade, R-Severna Park, to be the lead sponsor of the Forest Conservation Act. Cade was a brilliant legislator with enormous power for a minority legislator. We gained Senate passage of the bill but House Speaker Clay Mitchell deliberately held the House-passed bill killing the bill.

In 1991, Gov. William Donald Schaefer’s administration introduced a weaker version based on our bill. Jack and I supported it and I managed it to passage. The law minimizes but does not stop, the loss of Maryland’s forests from land development.

By making the delineation and protection of forests an integral part in local development site planning processes, and by requiring reforestation for certain clearing, tens of thousands of acres of forest have been saved.

I still regret that Jack and I could not succeed in making the law require replanting 100% of forest cleared. Efforts to achieve this in the Legislature have failed over the last decade. Such a law is critical for the Chesapeake Bay. The Legislature is remiss in not doing so as thousands of acres of forest are cleared and fragmented.

The City of Annapolis enacted a true no net loss law in 2018. Kudos to Alderman Rob Savidge, Mayor Gavn Buckley and other aldermen. I was greatly disappointed that County Executive Steuart Pittman’s administration gave up on such legislation and its emaciated bill allows for continued forest destruction in the county despite a 2,356 acre County forest loss from 2013-2017.

Frederick County recently adopted a true no net loss bill. But with its bill and other local forest conservation laws, a giant loophole allows developers to escape replanting forests.

Developers may make payment-in-lieu-of replanting as low as 30.6 cents per sq. ft. of forest cleared. That’s only $13,286 per acre—little incentive to reduce forest clearing. Howard County dictates $18,731 an acre.

Annapolis wisely adopted a $10 per square foot ($435,600 an acre) charge which assures saving most of its forest. Pending plans for the Village at Providence Point lower forest clearing from 46 acres to 27 acres and 100% must be replanted on site. If this project were in our county, zero forest would need to be replanted.

Why are forests so vitally important?

Forests act like giant sponges, greatly reducing stormwater runoff and absorbing up to 90% of nutrients, stabilizing soils and preventing sediment and toxic chemicals from washing into waterways. During a one-inch rainfall event, a one-acre forest releases 750 gallons of runoff; a parking lot releases 27,000 gallons!

Forests provide habitat for many critters. Leaf litter and other plant materials fall into streams and form the foundation of freshwater food chains.

Let’s stop forest destruction and begin reforesting. With Covid19, you can’t hug your kids or grandkids, so get out into a forest and hug a tree — and thank it for all it does for you!

5 Responses to We must save the forest to save the Chesapeake !